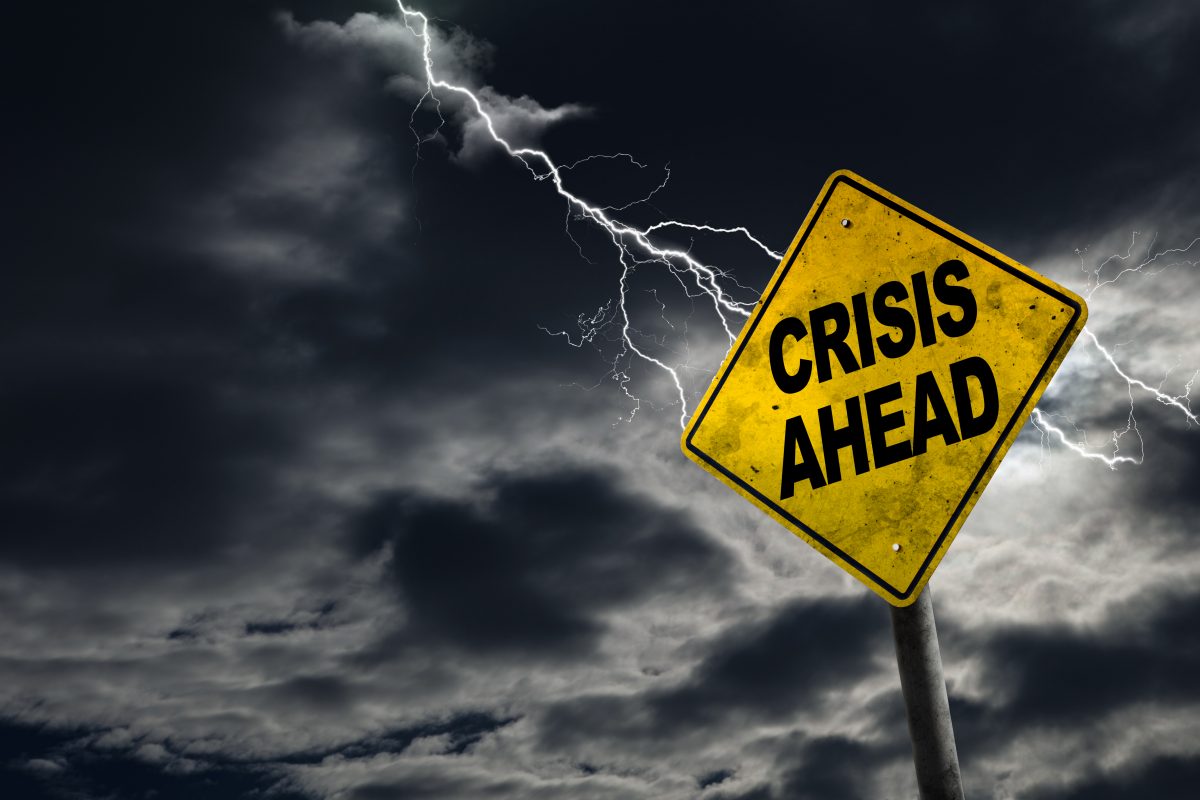 A Prussian Field Marshal, Helmuth von Moltke the Elder is the first person credited with saying that no plan survives contact with the enemy.  It applies in war.  It applies in business.  I saw it applied firsthand at a recent trade show and personally, the next day.

Planning is important in war and business.  Those who act without planning often fail.  Yet those who cannot act and adjust after plans go awry, are almost certain to fail.

Molke was given credit for the phrase by British historian, Correlli Barnett.  In his 1961 book, “The Desert Generals,” Barnett wrote that “Rommel took Moltke’s view that ‘no plan survives contact with the enemy.’  If his plan got him into battle, it was enough.  After that, Rommel would fight by ear and eye and tactical sense, like a duelist.”

This came to life a couple of weeks ago at the Southeast Michigan Air Conditioning Contractors Association (SEMIACCA) Trade Show.  I had one of the first speaking slots at SEMIACCA, so we arrived a good 45 minutes before the conference part of the show began.  When we arrived, we were greeted by chaos.

The event center hosted a serious party the night before.  The morning clean-up and set-up crew failed to show.  Trash littered the floors.  The tables and chairs for the conference set-up were out, but neatly stacked.

Members of SEMIACCA who arrived early were scrambling to get tables and chairs in place.  They were joined by exhibitors and speakers who had arrived early.  People were draping cloths across the seminar tables.

The people who arrived early had been promised breakfast in every room.  No one had showed up to prepare it.  Worse, at least from my jet-lagged perspective, there was no coffee.

Colleen Keyworth from Online Access was in charge.  Anyone who knows Colleen knows that even if she was not formally in charge, she would have taken charge.  She did it with a smile and good humor that I found rather miraculous under the circumstances.  She seemed resigned to the fact that she could only control what she could control.  She did her best with what she had.

Colleen was following Rommel’s example.  She was recruiting people to help.  As a testament to the character of the people in the service trades, no one said it wasn’t his or her job.  Everyone pitched in.

I focused on getting the AV set-up for my presentation, the screen placed, and the chairs and tables in order.  In the room where I was speaking, a large, raised dais extended into the center of the room.  It looked like the spot where a band had played the night before.  We simply placed the tables and chairs around it.

Meanwhile, someone made a donut and bagel run in lieu of breakfast.  Mercifully, someone from the event center had arrived and managed to produce coffee.

Disasters are averted every day in business.  While it is preferable to avoid them, it is not always possible.  Stuff happens.  When it does, it is the response that matters.  When you face a disaster, can you act “by ear and eye and tactical sense, like a duelist,” like Rommel?  I got my own chance the next morning.

My arriving flight landed after midnight before the event.  When I got to the hotel, I stayed up adjusting my presentation to update the statistics used.  Because tax examples were involved, I had to make adjustments for Michigan’s state taxes.  As a result, I didn’t get a lot of sleep.  Since speaking involves an adrenalin kick, I was fine when presenting.  The price gets paid afterwards.  The trade show ended at 8:00 p.m. and a group dinner followed.  When I got to the hotel, I was wiped.

I checked email, then used the same charger for my laptop to charge my phone.  I remember setting the closed, black laptop on a navy-blue chair next to the bed.  If you’re thinking, uh oh, you’re on track.

The next morning the alarm went off at 5:00 a.m.  The light home departed at 7:30 a.m.  Sleep deprived, I stumbled through the morning routine, packed, and headed off to the airport.  When I boarded the plane, I pulled out a book, computer charger, and… no laptop.

Awesome.  Can you spell idiot?  How about disaster?

Fortunate smiled on me.  I was able to rebook in a similar seat on the 1:30 p.m. flight.

Now I had to get to the hotel.  It was the Delta, a Marriott property.  I asked a Marriott shuttle driver if he dropped off there.  He said to look for a white and blue van.  Voila, a white and blue van was parked next to a sign that read, Westin and Delta.  I hopped on, told the driver I wanted to get off at the Delta.  He dropped me off at Delta Airlines.  Oops.

At the shuttle pick-up location near Delta Airlines, I kept waiting for a van from the Delta Hotel.  After 15 eternally loooooong minutes, no van.  But there was one for the hotel next door to it, so I took it.  When I finally got to the hotel, I still had my room keycard.  It worked.  Inside the room was my laptop.  And… there was the bed.  With a flight boarding five hours later, a nap beckoned.

It’s said we should expect the unexpected.  Okay, but it’s hard to expect what you cannot expect.  The best you can do is can prepare yourself to adjust if something unexpected comes up.  Then, don’t be surprised when something does come up.

No plan survives contact with the enemy… marketplace… competition… weather… circumstances… your own stupidity.  Like Rommel, make adjustments with your eyes, with your ears, with your tactical sense.  Be like a duelist.  Be like a Comanche.

They arose from the northern plains and migrated south.  They were masters of the horse.  And they were masters of war.  As they swept down from the north, none could stand before them.  They drove the Apaches out of Texas.  They beat back the Spanish.  They carved a territory across the plains where they were the undisputed rulers.  The Utes called them “the ones who fight me all of the time.”  The Utes called them Comanches. 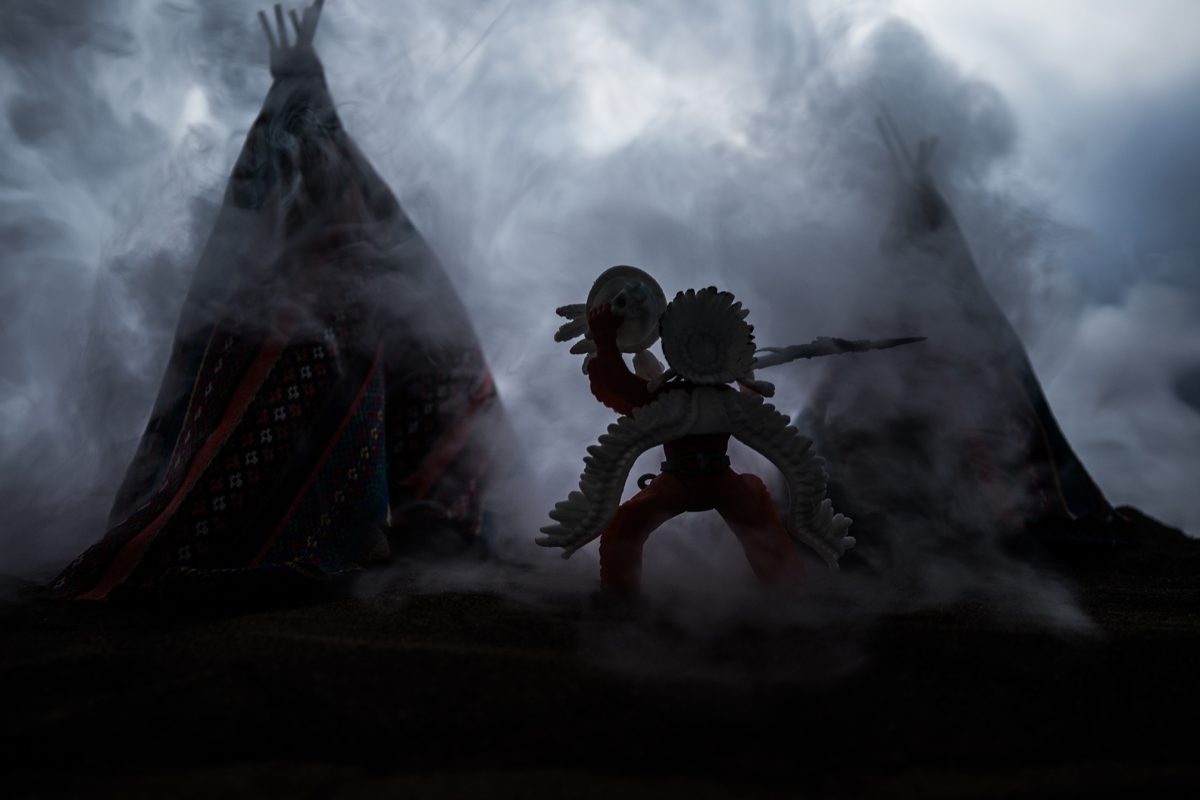 Around a quarter century ago, I started Comanche Marketing.  Just saying that makes me feel old.  Of course, compared to 25 years ago I am old.  In a world where everyone is focused on “What’s in it for me,” Comanche Marketing is an example of giving before receiving.  Take a journey with me and I’ll share how Luke 6:38 (look it up) describes the world.  If the Bible’s not your thing, Michelangelo said almost the same thing.  So did Zig Ziglar.  So did thousands.  It’s an eternal truth.  If you expect to receive, you must first give of yourself.

Comanche goes way back to the defunct HVAC industry trade show, Comfortech.  Starting in 1992, I had begun writing for Contracting Business magazine, which operated Comfortech.  I was given a speaking slot and asked for a title.  I had a vague idea about what I wanted to speak about, which was small business marketing tactics.

I thought it might be cool to frame them around an American Indian nation.  After all, Native Americans were great tacticians.  This led me to begin researching various Indian tribes/nations.  After a lot of research, it seemed to me that two of them were kick- uh, butt.  These were the Seminoles and the Comanches.

Having grown up in Tallahassee, Florida, I had a natural affinity to the Seminoles.  It turns out the Seminoles are the only Indian nation that is technically still at war with the United States.  Rather than give up, a contingent of the Seminoles faded back into the Everglades and other Florida swamps where the U.S. troops either couldn’t find them or didn’t want to try.

Since I currently live in the middle of Comanche country in Texas, I had to admire them as well.  Man for man, the Comanches were some of the fiercest warriors in the history of the world.  However, despite their battlefield success, disease and slaughter of the buffalo made moving to the Comanche reservation in Oklahoma a better choice so the great Comanche chief Quanah Parker finally accepted a place in Oklahoma for his people.

About the same time, I went to a Homeowners Association meeting.  The meeting started with the HOA’s secretary announcing that the president and vice president had both quit.  In short, the HOA was in disarray.  I’m not quite sure how this happened, but I offered to write a newsletter for the HOA and ended up as president.

This was the 1990s.  Email was far from ubiquitous, but I suspected most of the people in our affluent neighborhood had an email address.  I thought email would be a great way to keep the people in the neighborhood informed about the challenges and opportunities we faced.

I wanted to use an email list, but these were brand new.  I didn’t want to look like an idiot (it’s bad enough being one without looking like one).  I decided to practice.  I created an email list using the now vanished, Listbot.  I needed a friendly audience to test the email list.

Without a lot of thought, I decided to write about small business marketing and other tips.  I called it Comanche Marketing and invited three people to subscribe.  During those days, I popped out one tip a day.  They were short, usually less than 200 words.

It seemed to be working.  My three subscribers all emailed me that they received the email I sent.  Beyond that, I wasn’t paying a lot of attention.  One day I checked the stats.  What started with three subscribers grew to more than 50.  A few months later, there were a hundred.

Comanche was growing by word-of-mouth.  My full-time job was as a marketing consultant with a big marketing firm.  When I got too busy, I didn’t post.  When the list server changed from free to pay, I found another but did a poor job communicating the change.  Nevertheless, subscribers found me and resubscribed.  This happened three or four times.

I wrote without pretention.  I spoke with a human voice, my voice.  I often shared what was happening in my life and turned it into marketing or other business lessons

I would go to a conference and strangers would come up to me and ask about my wife’s struggle with Parkinson’s.  At first it confused me and kind of creeped me out.  How could these people know all of this?  The answer was I wrote about it in Comanche.  I didn’t realize it at the time, but I was sort of building a personal relationship with more than a thousand people.

With Comanche I shared my insight, my ideas, my counsel, and my experience generously, without any expectation of a return.  I gave.  I gave without expectation of any return.

The principle of giving before receiving applied with Comanche.  It’s applied every day.  No one, for example, is “given” a promotion and pay raise.  People earn it before receiving it.  If their current bosses do not give it to them, other bosses will.

As ye give, so shall ye receive.