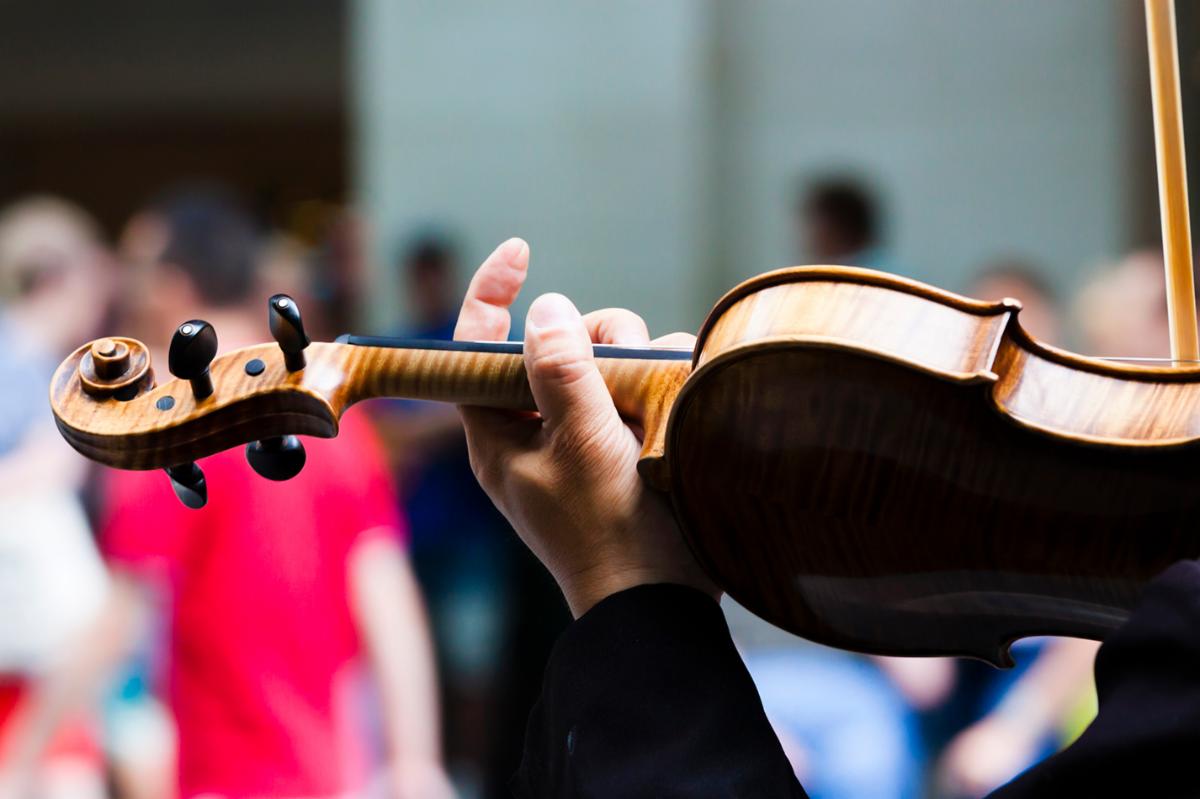 Street performers are nothing new.  Rather than simply ask for money or hold up a “will work for food” sign, they try to entertain the public so that passersby might pause for a minute and give them a tip.  Some imitate a statue.  Others perform as mimes.  Still, others do acrobatics.  The most common performance is music.  On a cold January day, a street performer played music for 43 minutes and revealed one of the great truths about marketing.

The street performer’s instrument of choice was the violin.  Winter weather is not conducive to the life of a woodwind.  Thus the performer picked out a spot just inside a subway station.  The performer looked a little like everyman.  He wore jeans, a dark, long-sleeve t-shirt, and topped his mop of brown hair with a ball cap.

He positioned himself in front of a wall, near a garbage bin a few minutes before 8:00 a.m.  He took out his violin and opened the case to face the pedestrian traffic, hoping for a little monetary renumeration.

It was a busy morning.  People were hustling to and fro on their way to work or school or errands.  While he warmed up, people ignored him.

The street performer was born with an ear for music.  When he was four years old, his mother observed him stretching and picking at rubber bands to try and match the notes she was playing on the piano.  He felt born to play the violin.

Warm-ups complete, he started to play.  The violin is an unforgiving instrument.  Played poorly, the violin makes people cringe.  Played well, it can be an earthly version of the Heavenly Host.  This is especially true when playing compositions written by the great composers.

The street performer knew the great composers and led with them.  He played Bach’s violin solo from Chaconne (Violin Partita No. 2 in D Minor).  Shubert’s Ave Maria followed.  He played Jules Massenet, then the modern composer, Manuel Ponce.

The street performer played well.  He played masterfully.  Yet, out of 1,097 people who passed by, only seven stopped to listen.  Twenty-six dropped a total of $32.17 into his case.

Granted, people were in a hurry.  Many, if not most, may have had little interest in, or appreciation for classical violin.  Some likely never realized anyone was playing music because they were listening to their own music, played through earbuds.  Still, almost no one paused.  In a nearby line for lottery tickets, no one even turned to watch.

When the street performer concluded his play, one woman was standing in awe.  She gave him $20 and told him, “I saw you at the Library of Congress.  It was fantastic.”

The street performer was Joshua Bell, one of the world’s greatest, if not the greatest violinist.  He was playing in a Washington Metro station.  He was playing with a $3.5 million Stradivarius violin that’s origin predates the founding of the United States by 60 years.

A few days before playing in the Metro station, Bell had played to a sold-out Boston Symphony Hall.  Tickets started at more than $100 per seat and went up from there.  Commenting on the street performance, Bell said, “It was a strange feeling that people were actually ignoring me.”

A writer for the Washington Post organized the street performance as a “social experiment.”  His write-up earned him a Pulitzer.  Many thoughtful people have drawn an array of conclusions about the experiment and what it says about the state of our citizenry.  They missed the obvious.

People passed by Joshua Bell, playing world-class music on a multi-million dollar instrument because nothing about him looked world-class.  The appearance conflicted with the performance, which most people were ill-equipped to recognize on its merits.  In short, the appearance set the expectation, and 99.4% of the people passing by never got past the expectation.