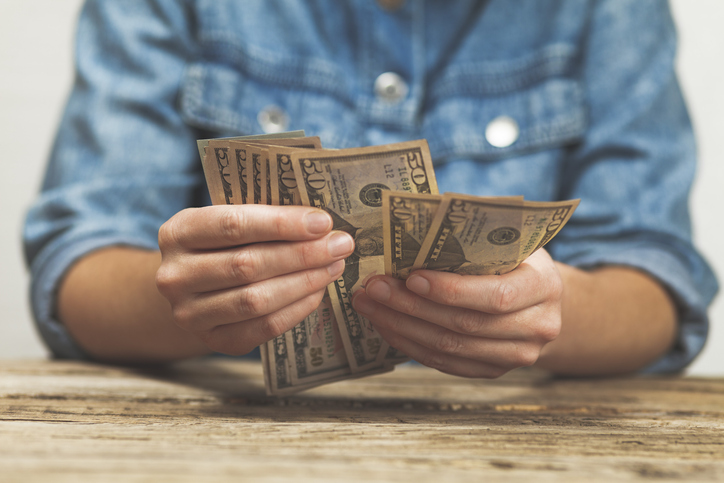 How much is enough? Depending on what the “enough” refers to will give us the direction to answer the question based on our opinion. For purposes of this article, let’s discuss financial success and the growth of a contracting business. How much is enough revenue, locations, acquisitions, buildings, techs, salespeople, etc.? This is not a rhetorical question, and there is a wide range of answers depending on your goals and plans. How much is enough depends on how one defines the meaning of enough for themselves.

For some, it may be the pursuit of more money, power, respect, and status. For others, it’s knowledge, giving to charity, doing good, and creating opportunities for other people. If your sole purpose is to get more stuff at all costs, then you will never have enough. Ironically though, you can’t be as charitable and create opportunities for others without the financial wherewithal to do so.

As far as financial wealth, most of us can’t even comprehend being a billionaire. Many people think of billionaires, and high-end millionaires for that matter, as greedy people and hedge-fund type folks where it’s all about the pursuit for more money. Yet, most “rich people” got there through years of hard work and starting from a very humble beginning. That’s how I identify with the “rich people” in our service industries.

In a recent article that I was reading, it stated that the minimum someone needs to be relatively happy is $50,000 per year, and the maximum where money won’t make you any happier is $90,000 per year. While that may be true for some, there is nothing wrong with that thought as long as it covers essential needs such as rent, food, and support for family’s needs. Yet, many people have income way beyond this. Their happiness is driven by the opportunities their business creates for others and not the financial status it brings to them.

For me, although I enjoy the income this industry has allowed me to have, money has not been my primary motive. Financial security and safety are important, yet I derive my happiness in business by helping contractors excel in IAQ sales. This, in turn, supports their cause of building a business for themselves, which supports great career opportunities for others.

John Bogle believed that making money in the market should not only be for those with a surplus of money to invest and the funds managers, but for anyone who wants a secure place to create a retirement fund. He founded Vanguard Group in 1976 and is credited with creating the first index fund to allow all people, no matter what income level, to invest in the market. His concept was investment over-speculation, long-term patience over short-term action, and reducing fees as much as possible. The ideal investment vehicle Bogle created as a low-cost index fund held over a period with the dividends reinvested and purchased with dollar-cost averaging. He substantially lowered costs and the exorbitant fees that funds managers were charging. These investments also did not require commissions to brokerage firms and fees to financial advisors; investment banking and legal fees for any mergers and IPOs; and the enormous marketing and advertising expenses entailed in distributing financial products.

This created a new investment vehicle that revolutionized the investment industry to many funds managers chagrin. Vanguard is famous for its no loads, low expenses, and low to non-existent fees and commissions. In January 2020, Vanguard announced that it was dropping commissions on all stocks and options. This lowers the risk and increases the odds in favor of success for the average Joe to accumulate savings for retirement at the expense of massive profits to Vanguard and income to Bogle.

Although Bogle was considered very rich by most standards, it wasn’t all about the money. He could have earned billions more. Bogle’s ground-breaking investment philosophy is about helping investors with low-cost index funds without all of the traditional fees that have lined the pockets of fund managers for years. He said enough, and he wants to ensure that the average citizen can retire with enough.

At a party given by a billionaire on Shelter Island, author Kurt Vonnegut tells his buddy and fellow author, Joseph Heller, that their host, a hedge fund manager, had made more money in a single day than Heller had earned from his wildly popular novel Catch-22 over its whole history. Heller responds, “Yes, but I have something he will never have — enough.”

John Bogle’s book Enough was based on this quote. And the most remarkable thing about Bogle is that he created trillions of dollars in value for others and kept relatively little of it for himself. He also was known to give half of his income to charity. He had enough!

If Bogle were the traditional fund manager, he’d be a billionaire. His investing brand seems obvious now, but it was unorthodox at the time. When Bogle launched the first index fund available to individual investors in 1976, the industry ridiculed it, calling it “Bogle’s folly.” Bogle was still determined to make it a sustainable reality. Today, Vanguard is among the largest money managers in the world, with $5 trillion in assets, roughly two-thirds of which are invested in index funds today.

I like to think that we have the same attitude about enough in our service industries as John Bogle did. Albeit at different levels, but enough just the same. The small contractor that runs a profitable company that provides for his family and staff while accumulating funds for retirement and an exit strategy can be very happy and satisfied with enough. On the other end of the spectrum, we have contractors that grow exponentially every year, begin to acquire companies, and expand their reach into other markets and states. Yes, they are obviously accumulating more wealth, yet I find that their main motivation is not money. The money will come, but in conversations with them, I find that it is more about helping other contractors get to a growth position they could not get to on their own and creating good jobs and career paths for others. These empire-builders are also very charitable with their money and share their knowledge and expertise with others. That’s what makes them happy, and it’s enough for them.

A billionaire has the means to obtain everything he or she could ever want in this world, and millions of people may envy their position. But that’s not the point at all. Life is not about the quest for more stuff. It’s about being happy and having enough. You see, the true measure of business, wealth, and life is not how much stuff we can buy and accumulate, rather what we do with the stuff we have during the time we have to use it. In a speech, Denzel Washington discussed wealth and having enough, and he said, “Use it wisely because you will never see a U-Haul being pulled behind a hearse.”

Steve Mores is the Vice President of Training and Sales at Dynamic Air Quality Solutions.

Service Roundtable is dedicated to growing your bottom line and helping your business maximize its full potential. These groups of contractors work together to assist you with marketing, sales, business, and so much more. Twice a month, seminars around the United States and Canada are held to network and further assist your business. Visit Service Roundtable.com to see if there are Success Days in your area.